Through (sic) ‘hardscrabble’ is not a word in the dictionary, anybody in this part of the country probably has a good idea what it means, whether he is able to put it into words or not. 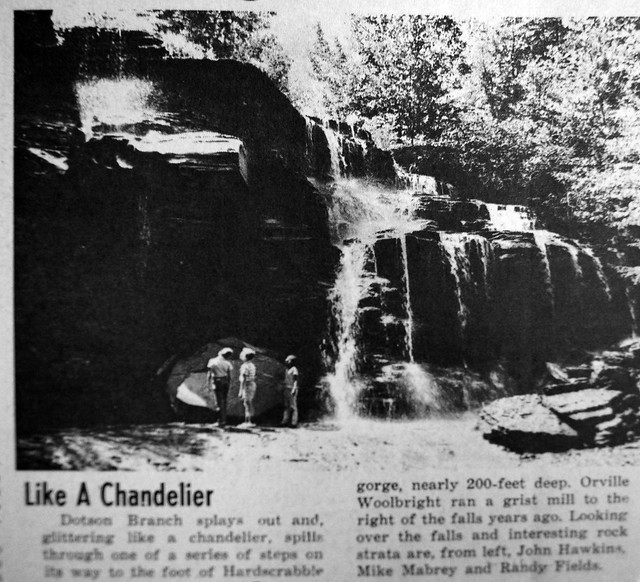 Beside blooming tobacco patches and tussling cornfields we passed, over what Hawkins called “stagger road” – the trail once taken by moonshiners coming from Hardscrabble with jugs slung in pokes over their shoulders. We found Hardscrabble a rock-ribbed canyon with the Dotson (sic) Branch falls, a stepped cascade at its head and a peaked, treacrowned (?) rock formation, unofficially (See note 1) called “the pinnacle” near the mouth of the gorge.

Under an overhang, we noticed crystallized alum (See note 2) like white crusts and exposed mineral patches yellow as marigolds, rocks scaley with flakes of gray-green lichen.

2) Old-timers had told me about "alum" under the overhands of bluffs before. They said it was collected and sprinkled on their fields as fertilizer. I saw the crystals when visiting Hardscrabble a few years ago and decided to satisfy my curiosity. I collected a sample and had it run through the XRD device at TTU. It came back as almost entirely gypsum. Here's a photo: 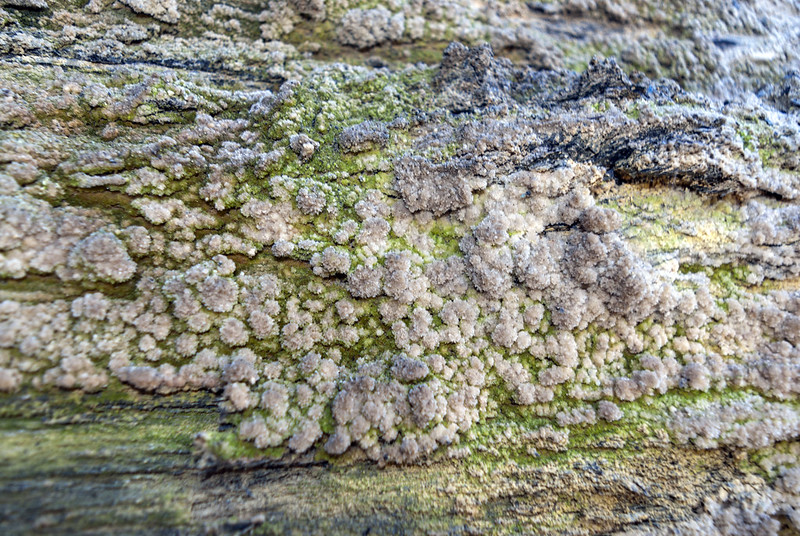 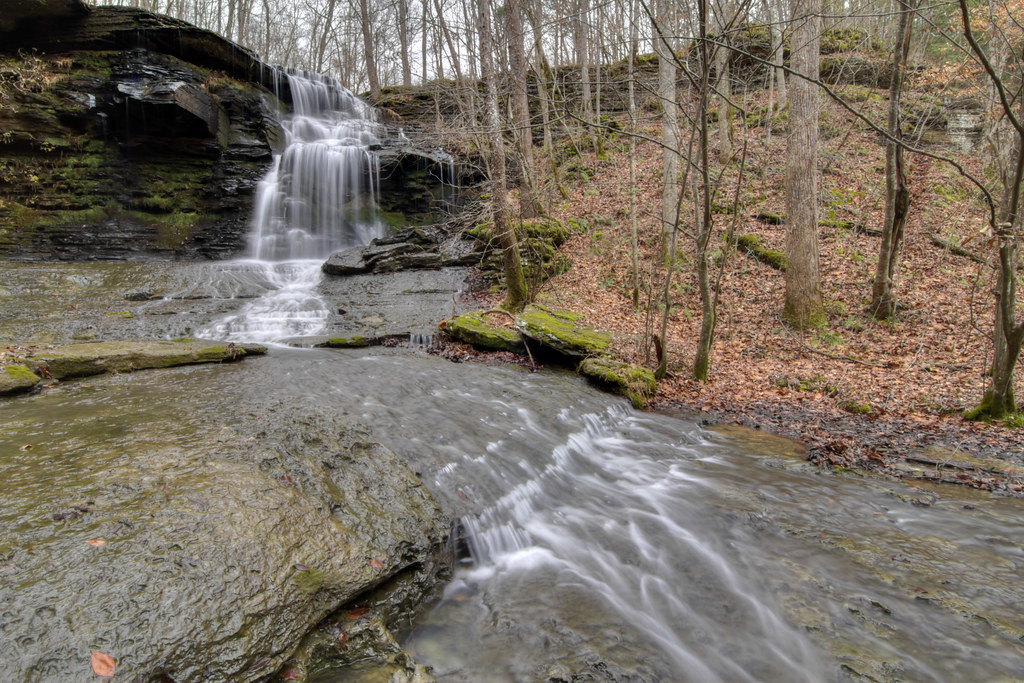 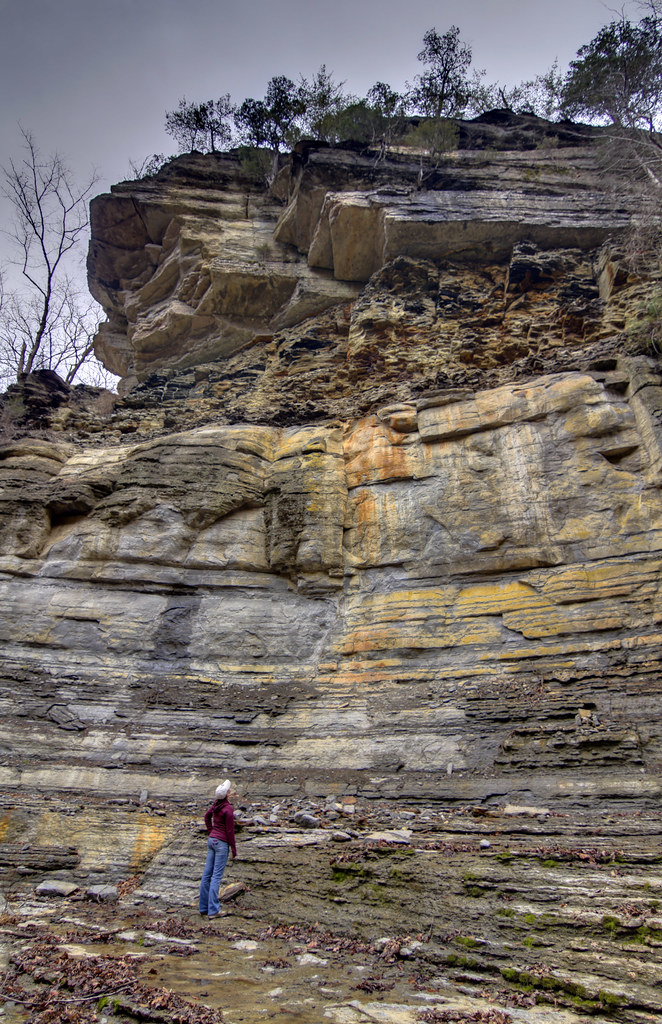 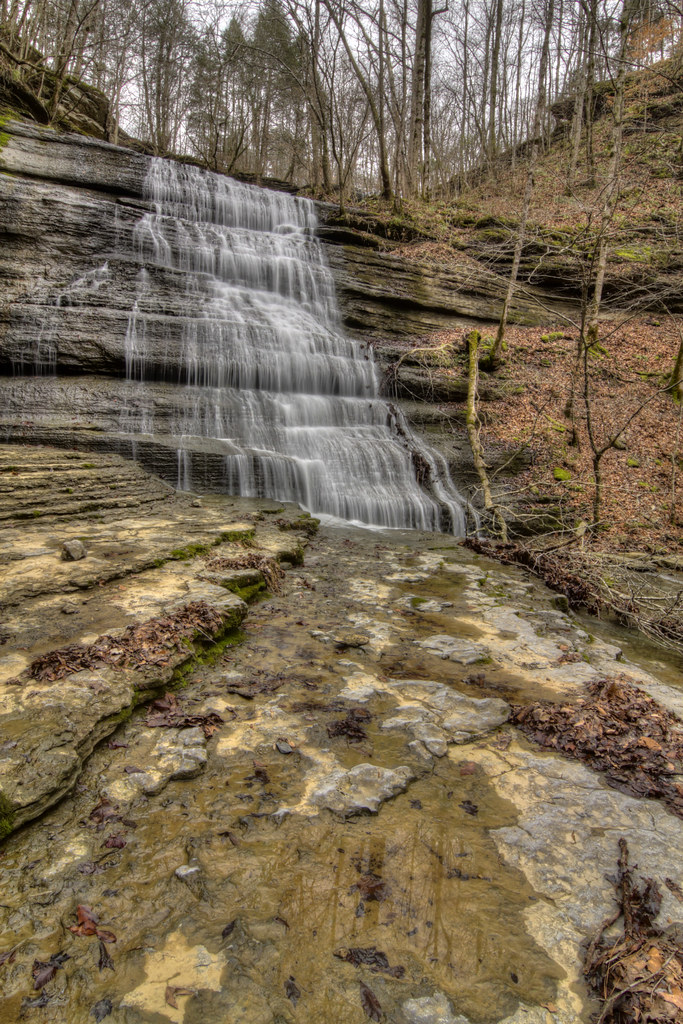