The Geology of the Twin Arches in the Big South Fork

The Twin Arches are a large pair of arches formed along a ridge just inside Scott County, Tennessee. They are topped by an erosion resistant rock now being called the Rockcastle Sandstone. Below that is the Fentress Formation, which tends to weather more rapidly. These arches both formed by a process of excavation where the cliff lines are receding on either side of a ridge towards one another. The base of the cliff weathers more rapidly than the top, creating large rock shelters. Eventually the rock shelters on either side of the ridge intersected one another creating an arch. The arch continues to grow and one day, sometime long from now, it will fail. 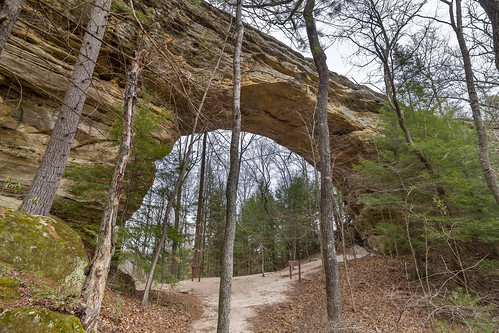 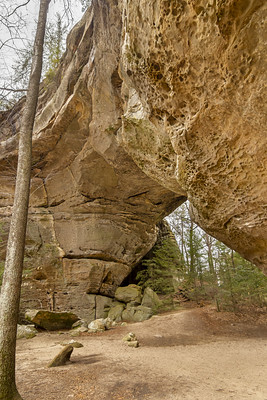