Montlake - Lake on the Mountain

Located in Hamilton County, Tennessee, near Chattanooga, this is one of the most interesting natural lakes, of which Tennessee has few. 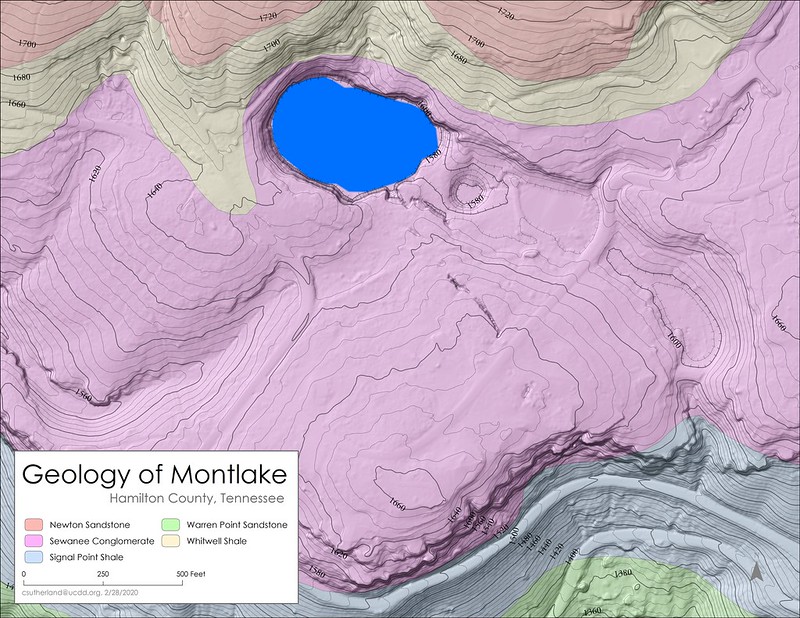 Montlake is a small lake near the rim of the Cumberland Plateau in Hamilton County, Tennessee. It sits close to the escarpment and has several striking features including sheer sandstone cliffs flanking most of the perimeter of the lake, as well as distinct sandstone joints zig-zagging southeast of the lake. The sinkhole itself trends south by southeast with another drainage heading southwest before turning 90 degrees and going northwest parallel to the cliff face. The lake is just over 3 acres at base height. Its depth is rumored to exceed 100' at its deepest location, but I cannot independently confirm this.

Initial investigation of this feature by myself, and early Tennessee geologists suggest that Montlake is a sinkhole. It's round shape and closed elevation contours certainly makes it appear so, but that it sits on the Cumberland Plateau, on top of hundreds of feet of sandstone makes that less likely, though not impossible. Later investigation points at this feature being caused by the slump of sandstone calving off the Plateau. That is supported 1) by its proximity to the edge of the Plateau and 2) by some canyon-like features running from the lake parallel to the cliffs of the Plateau.

I am not sure that either explanation alone sufficiently explains this feature. In my novice opinion it seems that it's both slump and karst. Which happened first is hard to tell, but slump doesn't explain the morphology, and fails to explain the nearby karst springs below. Karst fails to explain how the feature can exist through so many hundreds of feet of sandstone.

I welcome a more thorough explanation by someone who has investigated it first hand. It seems though that the experts on this are all long dead. This feature is on private property, please respect the landowner and obtain permission before visiting. 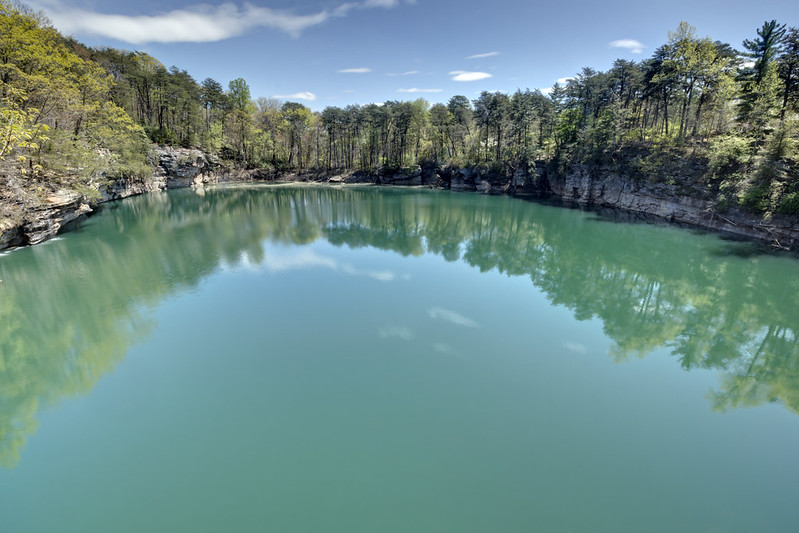 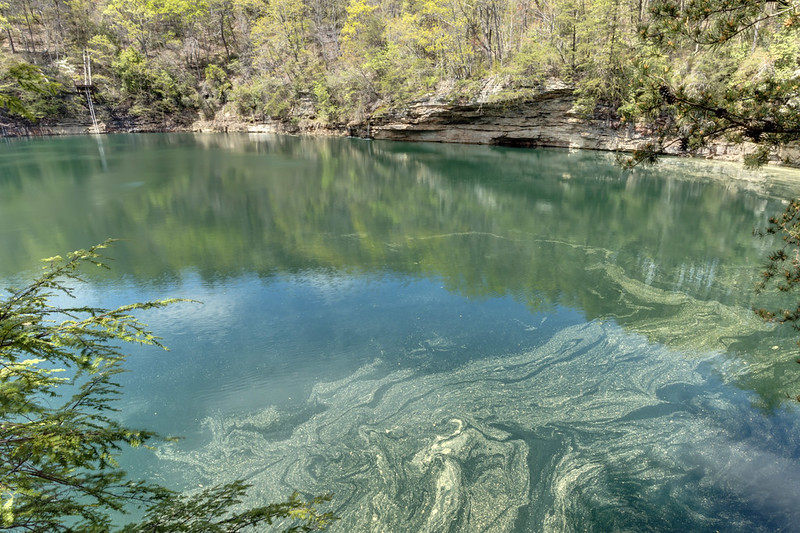 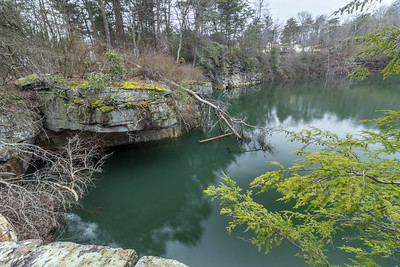 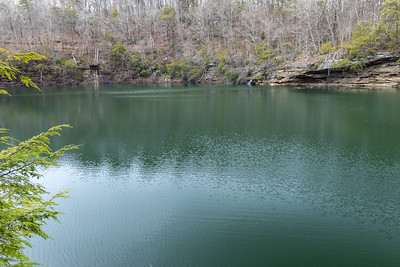 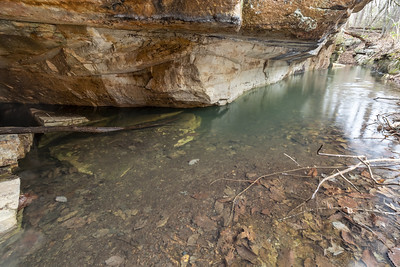 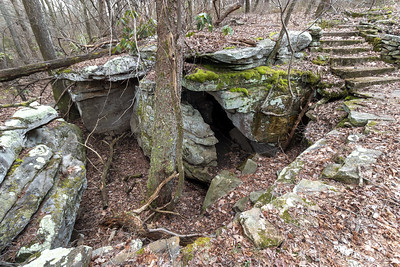