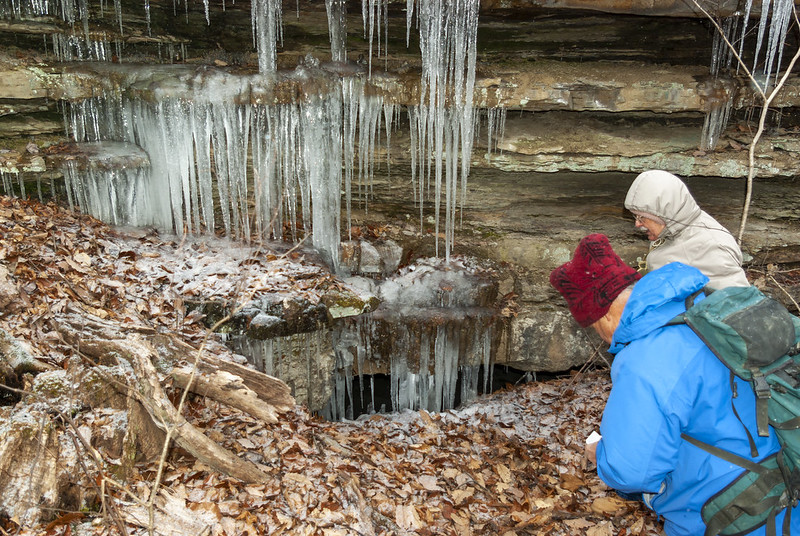 I had been contacted by a landowner in Putnam County to check some caves on his property. I met with Gerald Moni, and the landowner's father, Roy P. Roy is an intelligent and likable guy, 72 years old, and in pretty great shape.

We parked on a cul-de-sack and proceeded on foot. It was bitterly cold at 15 degrees, snowing, and windy, perhaps not the best day for a stroll in the woods. But since I work all the time, I take what I can get.

Not far below where we parked was the Hartselle-Monteagle contact, and the features Roy wanted to show us were there. I slipped in the first, a 15 foot dud, but blowing lots of air through a hole about big enough for my cat. The other two were less impressive than that, but all blowing lots of steam.

Gerald and I wanted to field check Determined Moonshiner, a nearby cave. We found it, and after taking pictures of the beautiful ice flow over the entrance, I kicked the ice out and went in to confirm the narrative. I think my only addition was that there was now a waterfall in the back of the cave (perhaps it was dry in 1975?). Climbing through water and ice to get back out into sub-freezing conditions we went to our next destination.

Roy said he knew of another cave whose entrance was even larger than the duds he took us to. We set out on foot from Determined Moonshiner and within 15 minutes had found the new cave.

The entrance is a small vertical climb, whose width and depth closely match the climbdown of Breakdown Palace. It spilled out onto a flow of mud and into a breakdown room about 60 feet across, 200+ feet in length, and an average ceiling height of about 20 feet. To the right the whole trunk dropped abruptly into was I'm guessing is about a 40 foot pit. The ground here was encased in thick black mineral deposits, so seeing the depth of the pit was difficult.

To the left from the entrance the trunk continued about 200 feet with several leads being observed in the breakdown.

I'm re-using the name Saucerful of Secrets (much to Gerald's disappointment) because the other cave I named that was discovered to have a previous name.
Posted by Chuck Sutherland at 1/06/2010 No comments:


Caving is the most accessible form of "frontier exploration" to humans. It is a way to see the Earth from the inside out. Rocks and water have a story to tell; like a detective, the curious can tease out its story by carefully reading clues. Being involved in the caving community of TAG (Tennessee, Alabama, and Georgia) has been a deeply rewarding experience.

As much as I love learning about the Earth, I love getting other people excited about science just as much. I love learning from and working with other scientists too. The geographer in me likes to form a larger holistic picture from these experiences.

My camera is an ever present companion on my adventures, and I have been lucky to be well published as a photographer. Highlights include my photography having been used by ABC, BBC, and the Discovery Channel. My work appears in academic journals, music videos, news outlets, books, magazines, and websites. 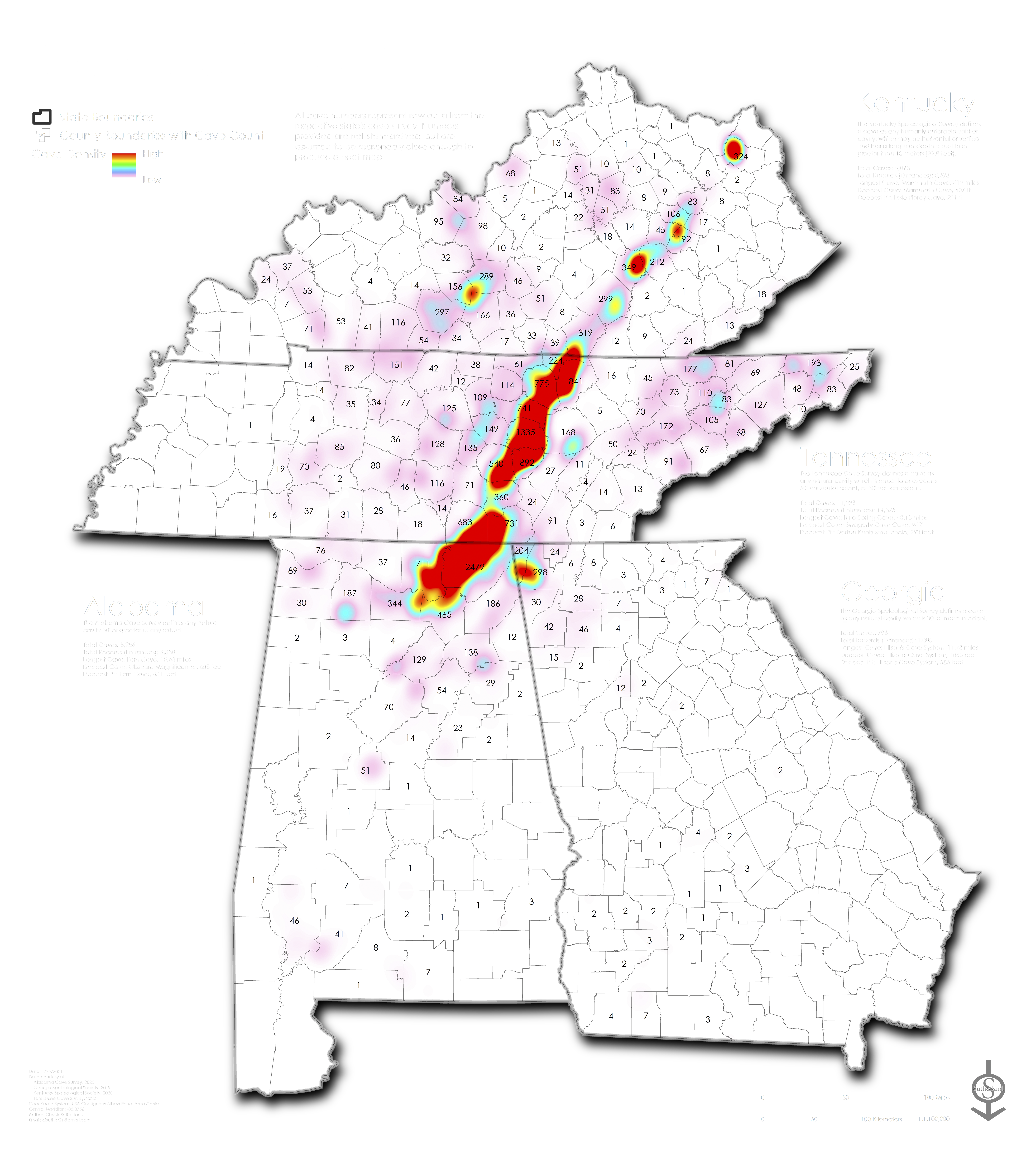